Online game market into a period of adjustment 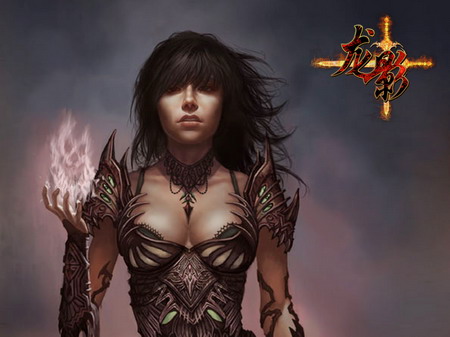 Online game market into a period of adjustment

The latest “2010-2011 Chinese game market research report” said that the current online gaming market has entered a period of adjustment. The report notes that the domestic market, since there is a free online game after game, in a very long time sustained high growth, but with the market’s high impulsiveness, a serious operation and development is not balanced, heavy and light R & D operations between the trend to lose the game works attractive to users. This phenomenon caused by the contradictions in this year’s online game gradually began to appear, and the outbreak began in the last two years.

In addition, clear Research Center report also shows that due to slowing market growth in online games, online games market in 2010, venture capital also slowed down the case. According to incomplete data, in 2010, China’s Internet market has been disclosed in the investment case for the 137, of which the most active investment in e-commerce market, the disclosure of investment deals accounted for 45.99%; and online games, total number of investment cases ratio of 18.25%, and 2008, compared to the proportion of number of cases decreased.

In this regard, a U.S. listed online gaming company responsible to the “Economic Information Daily” correspondent said that at present the overall development of the domestic online game industry is slowing down, and 2007, compared to 2008, the profitability of many companies have emerged a significant decline.

The person that created the current status of online games market there are two main reasons: First, the network games market structure has taken shape, especially the higher-margin fee game market has basically been several large-scale domestic online game companies are monopolies, very earth pressure on the development of small and medium companies; the second is the phenomenon of apparent homogeneity online games, game themes and either way, or the profitability of the game modes and operations, online games already on the market have a high degree of convergence, which resulted in the game less attractive to users.

Read Also: The situation of oversea market for China’s webgames

Market will benefit from the game and players have increased

U.S. investment firm T hinkEquity analyst pointed out that the Chinese online game market will continue to benefit from growth in both games and players.

N ikoPartners market research data show that in the Chinese online game industry revenue is expected to reach $ 5.8 billion, up 21%; the partner Si Hansen that Chinese online game market is still growing absolute number of players will help drive the games industry as a whole.

The industry believes that, after a few years ago, after fierce competition, the mainstream online game companies have occupied a relatively stable market share, future business strategy will be adjusted, will seize the market into the market to get more from existing profits.

This means that game makers will make a fuss about the games. Once the game to improve the quality, will attract more users, will encourage users to spend more time in the game and money, will lead the online gaming firm’s profit growth.

Are you looking for Gaming Industry Translation? We are here for your assistance.

In the interview, insiders and analysts to the “Economic Information Daily” reporters, said social networking sites and the rapid development of mobile Internet, will provide a new online game development platform, the future of online game market is expected to become the new development opportunities.

At the same time, the data also showed that users of social networking sites use the game as high as 87.7%; “2010 China Online Game Market Annual Report” show in 2010, domestic mobile online games market of 26 billion yuan, a growth rate of 40.7%.

Engaged in social network game development company responsible to the “Economic Information Daily” reporters, the browser as the universal client network applications, both for the user to use various types of network applications, or for companies to develop Web applications and business models to build , the gaming client than the more flexible, more convenient, lower cost long term.

For games and mobile social networking sites the rapid growth of Internet gaming, many online game companies have been aware of, and expand the operation. Has been engaged in a traditional online game development company’s CEO to the “Economic Information Daily” reporters, said the company on social networking sites and mobile games are very optimistic about the prospect of Internet gaming, and has adjusted the company’s strategy, developed and launched this year will the corresponding game.

The CEO further said that mobile Internet games, has been quite successful cases, such as the “Pearl of the three countries” and the mobile version of the “Three killed.” With the movement of social networking sites, our initial game plan is to social networking sites, to cell phones and other mobile terminals, the first train users, and so this market further matures, and then launched a targeted original game.

Take a look at how we helped our client by localizing their project for Gaming Industry. Click here to read the complete case study

Get Free Quote
Copyright © CCJK Technologies Co., Ltd. 2000-2022. All rights reserved.
What is best to do with your money ? 常见用错的翻译中文 TOP