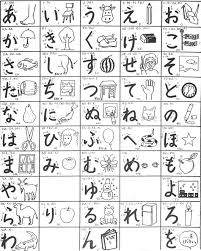 Japanese (日本語 Nihongo?, [nihoŋɡo]  ( listen)) is a language spoken by over 130 million people in Japan and in Japanese emigrant communities. It is a member of the Japonic (or Japanese-Ryukyuan) language family, which has a number of proposed relationships with other languages, none of which has gained unanimous acceptance (see Classification of Japonic). Japanese is an agglutinative language and a mora-timed language. It has a relatively small sound inventory, and a lexically significant pitch-accent system.

It is distinguished by a complex system of honorifics reflecting the nature of Japanese society, with verb forms and particular vocabulary to indicate the relative status of the speaker, the listener, and persons mentioned in conversation. Japanese vowels are pure. The Japanese language is written with a combination of three scripts: Chinese characters called kanji (漢字), and two syllabic scripts made up of modified Chinese characters, hiragana (ひらがな or 平仮名) and katakana (カタカナ or 片仮名).

In addition to Japanese Translation Services, we can also provide translation services from and to many other languages, such as English, Gujarati, French, Chinese Simplified, Chinese Traditional, Korean, Thai, Hindi, Italian, Russian and many others.

Welcome to read more about our Japanese Translation Services or Get a free quote right now!

Also, read how we help localize the project related to Japanese language for our client. Read the case study here