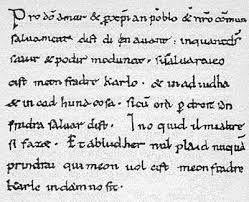 French is a descendant of the spoken Latin language of the Roman Empire, as are languages such as Italian, Portuguese, Spanish, Romanian, Sardinian and Catalan. Its closest relatives however are the other langues d’oïl and French-based creole languages. Its development was also influenced by the native Celtic languages of Roman Gaul and by the (Germanic) Frankish language of the post-Roman Frankish invaders.

It is an official language in 30 countries, most of which form what is called, in French, La Francophonie, the community of French-speaking countries. It is an official language of all United Nations agencies and a large number of international organizations. According to the European Union, 129 million (or 26% of the Union’s total population), in 27 member states speak French, of which 65 million are native speakers and 69 million claim to speak French either as a second language or as a foreign language, making it the third most spoken second language in the Union, after English and German. Twenty-percent of non-Francophone Europeans know how to speak French, totaling roughly 145.6 million people.

In addition, from the 17th century to the mid 20th century, French served as the pre-eminent international language of diplomacy and international affairs as well as a lingua franca among the educated classes of Europe. The dominant position of the French language Translation has only recently been overshadowed by English, since the emergence of the USA as a major power.

As a result of extensive colonial ambitions of France and Belgium (at that time governed by a French-speaking elite), between the 17th and 20th centuries, French was introduced to America, Africa, Polynesia, South-East Asia, and the Caribbean.

In addition to French Translation Services, we can also provide translation services from and to many other languages, such as English, German, French, Chinese Simplified, Chinese Traditional, Korean, Thai, Hindi, Italian, Russian and many others.

Welcome to read more about our French Translation Services or Get a free quote right now!

Take a look at how we helped our client by localizing their project for French language. Click here to read the complete case study

Get Free Quote
Copyright © CCJK Technologies Co., Ltd. 2000-2022. All rights reserved.
Finnish Language Translation How to Translate the Materials on Subjects in Which You Are Not an Expert TOP