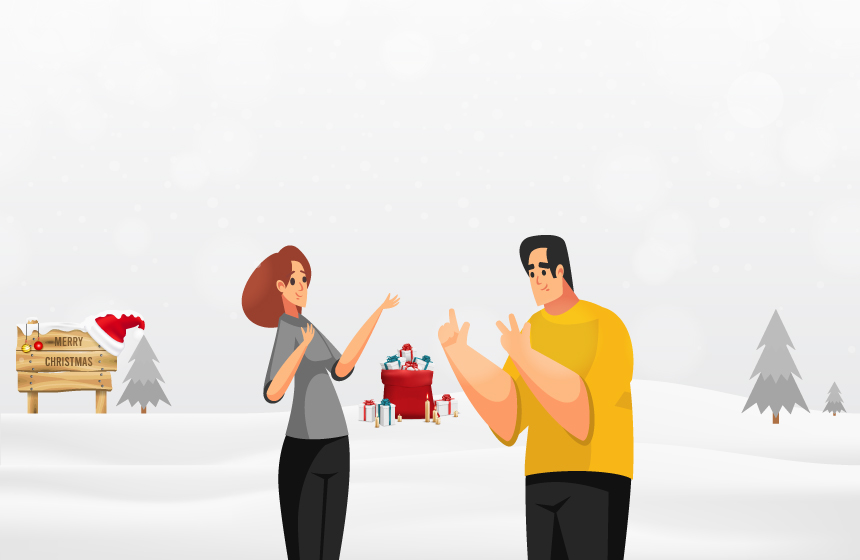 Christmas is the birthday of Jesus Christ and is celebrated by followers of Christianity religion enthusiastically across the world. A lot of communities take it as a cultural and religious celebration. A public holiday is observed in most countries on the account of Christmas. Christians celebrate this event religiously. Interestingly a lot of non-Christmas also celebrate the event.

According to traditional Christmas beliefs, it also addresses the ‘nativity’ of Jesus and Bethlehem happens to be the birthplace of Jesus.

Different Theories Regarding the Exact Date of Christmas:

Multiple hypotheses are found regarding the date of Jesus’ birth and that was in the early fourth century. The church later fixed it as a date of December 25th. This date corresponds to the winter solstice(a winter solstice occurs when the earth’s poles get tilted as maximum as possible) date on the roman calendar. This date is after exactly nine months of annunciation on march 25 and it also happens to be the date of the spring equinox. Though the majority of the people celebrate Christmas on the 25th of December as per the gregorian calendar. However, people in eastern Christian churches also celebrate Christmas day on the 25th of December on Julian’s calendar which is January 7.

People celebrate the Christians primarily having the belief that their God came into the world as a man to atone for humanity’s sins and they don’t pay much heed to know the exact date of birth.

Other Names for Christmas:

There are a lot of other names which have been used to address Christmas throughout history. Anglo-Saxons used to refer to the feast as ‘midwinter’. Natiuitei from the Latin language has also been used rarely for Christmas. The nativity talks about the birth and is a Latin word.

Noel’s word made its way to English in the late 14th century and it is from old French and means birth (day).

How to Say Merry Christmas:

Merry Christmas is one of the most common Christmas greetings. The merry implies a state of cheerfulness and being lively. The term contains all the good feelings, positive vibes, flowers music, and other festivities that are involved in Christmas.

It is quite unknown to track the record of how merry Christmas started as the most common Christmas greeting. However, the ancient record goes to 1534 when a bishop of Rochester, John Fisher used the term in England. He mentioned merry Christmas earlier.

Merry vs Happy in the US and UK:

People of different origins wish for birthdays differently according to their regions.

Happy Christmas is also commonly used to convey the greetings of Christmas. A lot of people use happy in their sentences such as

Everyone has a different perspective on the words they use however ‘happy’ is more like a state and the word ‘merry’ represents an active connotation behind it.

Merry also got famous due to A Christmas Carol by the famous writer Charles Dickens. He used merry Christmas as the main form. A Christmas carol is one of the most popular books in the United States.

People from all regions celebrate this festival in full swing. People who suffer from mutism use sign language to convey their feelings, expressions, and concerns. Sign language is quite popular now and the experts encourage people to learn it to address the community who can not speak or listen to what others say.

It is a natural language and it serves as the predominant sign language which is developed and created for deaf communities in the USA and some regions of Canada. ASL is an organized and completely visual language that is expressed by integrating manual and nonmanual features.

According to ASL you draw the letter C sign with your hand and swoop it down. You are supposed to swoop back until your forearm is upright and C hand gets steady. You may also imagine the sign as an indication of setting up a Christmas tree.

For Merry Christmas, It is Going to be:

Plan a handshake, thumbs up on your chest twice with upwards movement then draw a ‘C’. You open your index finger curve it and hold it in front of your mouth and swipe it twice for merry. You can also sign language for the word ‘happy’. By showing your hands upwards and rubbing palms together in a way that sounds like a clap.

So this is the sign language for Merry Christmas. A lot of videos and tutorials are available to see and learn sign language.

Also, American sign language keeps ensuring that they develop signs for every emotion, greeting, and word for the people who only have sign language to communicate.

Americal sign language is quite beneficial for people who have autism and for deaf communities. Sign languages have been prepared and developed the facilitate people with disabilities so that they can also contribute to the Christmas festivities and convey their greetings.

How to say New Year in Sign Language? TOP