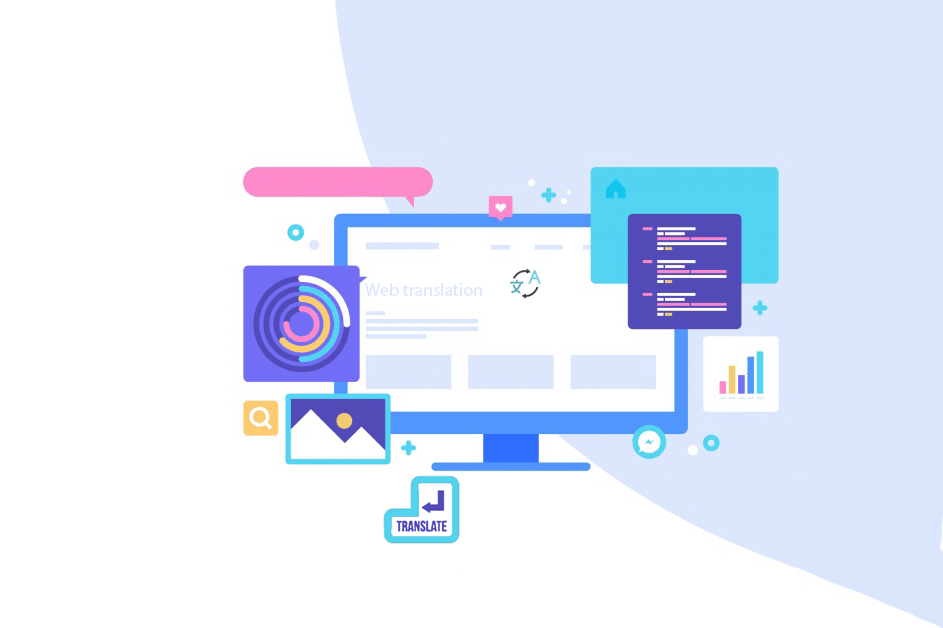 Language, an eight-letter word that is spoken in more than 6500 tongues from all over the world. Every year, the businesses are going global with the prospect of not only earning profits but also localizing their products, services, and the very image of the brand. All of this is not an easy feat, to begin with. Translation and localization take a brand either to the seventh heaven or in a downward spiral. Therefore, it’s important to understand the dynamics of the translation and localization process.

Websites play an integral role in the eCommerce world. For a brand to exist and not to have an online presence shows they lack the competency skills. Therefore, to stay up-to-date, it is a challenge to stay put and make the website worth an effort. Websites are effective tools in engaging the audience. If your audience is unable to navigate the website, do you think they will retain for long?

With the help of the translation and localization process, you can accommodate the necessary changes. But most importantly you need to tap the top online trending languages.

Here’s a list of the top 10 languages that you need to consider for e-commerce website translation. Take a quick look!

The lingua franca of the world, English is the international language, and if you are a non-English speaker then you’d already know that the majority of internet users can’t even speak English. What eCommerce websites (or any other website for that matter) need to understand is that there are other languages in the world too.

True, English is the core language at the international level, but apart from 67 nations, some countries use English only as their business language, not an official language.

Simply put, if your website is not in English, you should get it translated for easy access to English-speaking regions.

Insanely popular, and complicated to understand, the Chinese language is the second most trending language on the internet. Globalization has made it possible for people to travel all over the world, this means Chinese immigrants settle in other parts of the world too, like the U.S or Canada. This brings attention to the local and foreign Chinese community.

According to the regional stats, Mandarin Chinese is the fast-growing language over the internet. The majority of internet users speak Chinese (over 19.8%). So if you are interested in doing online business in China, do customize the website in traditional and simplified Chinese.

If you think Spanish is spoken only in Latin America then you had it wrong. In parts of North America and Europe, Spanish is massively spoken as a primary language. For instance, in Spain, it is the primary language spoken with the other native dialects. It’s a part of the business and domestic world of the locales.

Spanish advertising content highly influences native speakers which is why it is the second most trending language in the States. Translating your website into the Spanish language will definitely help boost your sales.

Similar to the US, India is home to various dialects. Although each state has its language per se, Hindi remains one of the top native languages in the local market. It is an unofficial primary language used for commercial purposes. Producing content in Hindi will catch the attention of local commercial hubs and the local audience too.

From the IT industry’s perspective, India has an affirmative active pitch for global brands.

Thus, if your target audience is Hindi-speaking, it’s better to translate your website into Hindi instead of using the English version of your website.

The gaming industry is having a solid run even during the pandemic. The industry boomed and the current ratio of content for online games in Russian is about 6.4%. Russian dominates the gaming industry language. As the gaming sector is growing tremendously for a game producing company it is important to localize their gaming websites in the Russian. Besides Russian, Japanese and Korean are the most aggressively sought after languages for the games.

Arabic is one of the most critical languages in the business world. For website localization, brands are now focused on how to make creative content and translate it in Arabic without offending the investors, audience, and business clients. Arabic internet users are over 141 million and the number just keeps increasing. Famous magazine brands like Harper, bazaar, Elle, etc. have localized their magazine content (including the photo-shoots) best suitable for the Gulf.

The Middle East is on the rise with empowering the tourism industry which makes it an optimistic investment for global brands.

Active online Portuguese natives make up for 4.1% as internet users. Latin America is a primary contributor but other parts of Europe and small towns all over the world do indicate that Portuguese is the language of trade. Because of globalization, the language upholds its end of the bargain, as the local audience (especially from South America and other parts of Africa) also contributes as entrepreneurs and customers.

An official language of Malaysia, it is originally an extended branch of old Chinese. The symbols (characters) are much similar to Chinese characters. The tech-savvy entrepreneurs will be intrigued by how active internet users reside in Malaysia and Indonesia. These two countries have a high penetration of mobile users besides China.

Popularly known as the “love language”, French is a dominating language in Europe. It is an official language of over 29 countries used as their official language. Business ventures looking to set roots in Europe mostly belong to the food and beverage or fashion industry and have the opportunity to translate and localize their websites in French. Imagine if the French menu (actually written in French) is available for the customers while they make an online booking, pre-selecting the menu? It would upscale the business and earn you customer loyalty.

German brands are known by their horsepower in the shape of the automobile industry. Being the 10th most spoken language around the world, automobile businesses are keen to indulge their business in German markets. The markets are lucrative and customers are highly loyal to the brand that speaks their native language. Educational institute websites highly acknowledge their eLearning courses and major content in German as German is a progressive language.

Translation or localization of a website is not the problem. It is the easy part because the translation process is already jotted down. Choose the language that best meets your business needs, amplifies the product/service niche. This is possible by getting in touch with an experienced translation service provider who will roam the ends of the international markets with you.

For fast and affordable website translation in any language, CCJK is a reliable option. We have native professionals for around 200 different languages including all the above-mentioned ones. Get in touch to know more!

Exploring the Languages of Future TOP