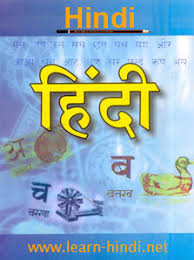 Standard Hindi, or more precisely Modern Standard Hindi, also known as Manak Hindi (Devanagari: मानक हिन्दी), High Hindi, Nagari Hindi, and Literary Hindi, is a standardised register of Hindustani identified with Hindus. It is one of the 22 official languages of India and is used as the primary official language of the Republic of India. Standard Hindi is a sanskritised register derived from the khariboli dialect. By contrast, the spoken Hindi dialects form an extensive dialect continuum of the Indic language family, bounded on the northwest and west by Punjabi, Sindhi, Gujarati and Marathi; on the southeast by Oriya; on the east by Maithili and Bengali; and on the north by Nepali.

The number of speakers of Standard Hindi is ambiguous. According to the 2001 Indian census, 258 million people in India regarded their native language to be “Hindi”.

However, this includes large numbers of speakers of Hindi dialects besides Standard Hindi; as of 2009, the best figure Ethnologue could find for Khariboli Hindi was a dated 1991 figure of 180 million.

The regulating authority for Standard Hindi is the Central Hindi Directorate.

This article deals specifically with the standard register of Hindi promulgated since independence. For its earlier history, as well as aspects such as phonology and grammar that it shares with Urdu, see Hindi-Urdu Translation

In addition to Hindi Translation Services, we can also provide translation services from and to many other languages, such as English, Gujarati, French, Chinese Simplified, Chinese Traditional, Korean, Thai, Hindi, Italian, Russian and many others.

Welcome to read more about our Hindi Translation Services or Get a free quote right now!