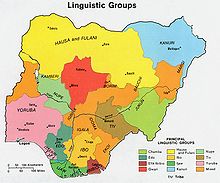 Native speakers of Hausa, the Hausa people are mostly to be found in the African country of Niger and in the north of Nigeria, but the language is used as a trade language across a much larger swathe of West Africa (Accra, Abidjan, Dakar, Lomé, Cotonou, Bamako, Conakry, Ouagadougou, etc.) and Central Africa (Douala, Yaoundé, Maroua, Garoua, N’djaména, Bangui, Libreville, etc.), particularly amongst Muslims. Radio stations like BBC, Radio France Internationale, China Radio International, Voice of Russia, Voice of America, Deutsche Welle, and IRIB broadcast in Hausa. It is taught at universities in Africa and around the world.

In addition to Hausa Translation Services, we can also provide translation services from and to many other languages, such as English, Gujarati, French, Chinese Simplified, Chinese Traditional, Korean, Thai, Hindi, Italian, Russian and many others.

Welcome to read more about our Hausa Translation Services or Get a free quote right now!