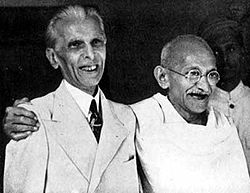 Gujarati (ગુજરાતી Gujrātī?) is an Indo-Aryan language, and part of the greater Indo-European language family. It is derived from a language called Old Western Rajasthani (1100 – 1500 AD) which is the ancestor language of the modern Gujarati and Rajasthani languages. It is native to the Indian state of Gujarat, and is its chief language, as well as of the adjacent union territories of Daman and Diu and Dadra and Nagar Haveli.

There are about 46.1 million speakers of Gujarati worldwide, making it the 26th most spoken native language in the world. Along with Romany and Sindhi, it is among the most western of Indo-Aryan languages. Gujarati was the first language of Mohandas K. Gandhi, the “father of India”, Mohammad Ali Jinnah, the “father of Pakistan” and Sardar Vallabhbhai Patel, the “iron man of India.” Among other prominent personalities whose first language was Gujarati are Basir Patel, Narsinhdas Vithaldas Mehta, Balwantrai Mehta,Chimanlal Mehta, Bhupatrai Narsidas Mehta, Dhanwantrai Mehta, Morarji Desai, Dr Vikram Sarabhai, Natwarlal Modi,Dhirubhai Ambani, Harilal Jagjivandas Mehta.

In addition to Gujarati Translation Services, we can also provide translation services from and to many other languages, such as English, Gujarati, French, Chinese Simplified, Chinese Traditional, Korean, Thai, Hindi, Italian, Russian and many others.

Welcome to read more about our Gujarati Translation Services or Get a free quote right now!