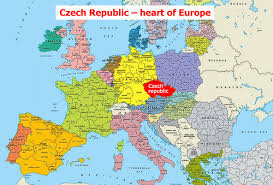 Czech (pronounced /ˈtʃɛk/; čeština Czech pronunciation: [ˈt͡ʃɛʃcɪna]) is a West Slavic language with about 12 million native speakers; it is the majority language in the Czech Republic and spoken by Czechs worldwide. The language was known as Bohemian in English until the late 19th century. Czech is similar to and mutually intelligible with Slovak and, to a considerably lesser extent, to Polish and Sorbian.

Czech is widely spoken by most inhabitants of the Czech Republic. As given by appropriate laws, courts and authorities act and make out documents and executions in the Czech language (financial authorities also in the Slovak language). Czech can be used in all official proceedings also in Slovakia as granted by Article 6 of Slovak Minority Language Act 184/1999 Zb.

According to article 37, paragraph 4 of Charter of Fundamental Rights and Basic Freedoms people who do not speak Czech have the right to get an interpreter in a court of law. Instructions for use in Czech must be added to all marketed goods. Regarding knowledge of other languages translation in the Czech Republic, English and German are the most common foreign languages studied and used. Russian is also spoken, but to a much lesser extent than it was prior to the fall of Communism.

The right to one’s own language is guaranteed by the Constitution for all national and ethnic minorities.

Czech is also one of the 23 official languages in the European Union (since May 2004).

In addition to czech language translation, we can also provide translation services from and to many other languages, such as English, German, French, Chinese Simplified, Chinese Traditional, Korean, Thai, Hindi, Italian, Russian and many others.

Welcome to read more about our Czech Translation Services or Get a free quote right now!