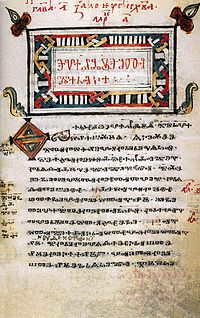 Bulgarian demonstrates several linguistic characteristics that set it apart from all other Slavic languages, such as the elimination of case declension, the development of a suffixed definite article (see Balkan linguistic union), the lack of a verb infinitive, and the retention and further development of the Proto-Slavic verb system. Various evidential verb forms exist to express unwitnessed, retold, and doubtful action. Estimates of the number of people around the world who speak Bulgarian fluently range from about 8.5 million to 12 million.

The development of the Bulgarian language Translation may be divided into several periods.

Prehistoric period – occurred between the Slavonic migration to eastern Balkans and the mission of Saints Cyril and Methodius to Great Moravia in the 860s.

Old Bulgarian (9th to 11th century, also referred to as Old Church Slavonic) – a literary norm of the early southern dialect of the Common Slavic language from which Bulgarian evolved. It was used by Saints Cyril and Methodius and their disciples to translate the Bible and other liturgical literature from Greek into Slavic.

Middle Bulgarian (12th to 15th century) – a literary norm that evolved from the earlier Old Bulgarian, after major innovations were accepted. It was a language of rich literary activity and the official administration language of the Second Bulgarian Empire.

Modern Bulgarian – dates from the 16th century onwards, undergoing general grammar and syntax changes in the 18th and 19th centuries. Present-day written Bulgarian language was standardized on the basis of the 19th-century Bulgarian vernacular.

In addition to Bulgarian Translation Services, we can also provide translation services from and to many other languages, such as English, German, French, Chinese Simplified, Chinese Traditional, Korean, Thai, Hindi, Italian, Russian and many others.

Welcome to read more about our Bulgarian Translation Services or Get a free quote right now!