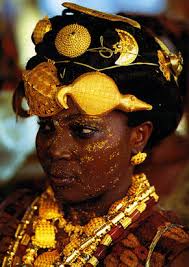 Twi/Fante or Akan is an Akan language that is the principal native language of Ghana, spoken over much of the southern half of that country, by about 52% of the population, and to a lesser extent across the border in eastern Côte d’Ivoire. Three dialects have been developed as literary standards with distinct orthographies, Asante, Akuapem (together called Twi), and Fante, which despite being mutually intelligible were inaccessible in written form to speakers of the other standards. In 1978 the Akan Orthography Committee established a common orthography for all of Akan, which is used as the medium of instruction in primary school by speakers of several other Akan languages such as Anyi, Sefwi, Ahanta (but not Nzema), as well as the Guang languages.

Relationship to other Akan languages

According to work done by P K Agbedor of CASAS, Mfantse (Fante), Twi (Asante and Akuapem), Abron (Bono), Wassa, Asen, Akwamu, and Kwahu belong to Cluster 1 of the speech forms of Ghana. Clusters are defined by the level of mutual intelligibility.

Cluster 1 may better be named r-Akan, which do not explicitly have the letter “l” in their original proper use. On the other hand l-Akan, refers to the Akan cluster comprising Nzema, Baule, and other dialects spoken mainly in the Ivory Coast, whose use of the letter “r” in proper usage is very rare.

In addition to Akan Translation Services, we can also provide translation services from and to many other languages, such as English, German, French, Chinese Simplified, Chinese Traditional, Korean, Thai, Hindi, Italian, Russian and many others.

Read more about our Albanian Translation Services. Get a free quote right now!