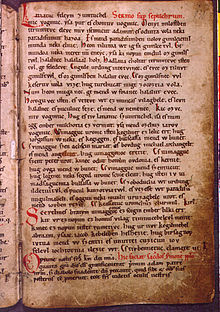 Hungarian (magyar nyelv  listen (help·info)) is a Uralic language, part of the Ugric group, related to Finnish, Estonian and a number of minority languages spoken in the Baltic states and northern European Russia eastward into central Siberia. Finno-Ugric languages are not related to the Indo-European languages that dominate Europe but have acquired loan words from them.

Hungarian is the most widely spoken non-Indo-European language in Europe. It is the official language in the Central European country of Hungary and is also spoken by Hungarian communities in the seven neighbouring countries and by diaspora communities worldwide. There are about 13 million native speakers, of whom 9.5–10 million live in present-day Hungary. About 2.5 million speakers live outside present-day Hungary, but in areas that were part of the Kingdom of Hungary before the Treaty of Trianon (1920). Of these, the largest group lives in Transylvania, the western half of present-day Romania, where there are approximately 1.4 million Hungarians.

There are large, majority Hungarian territories Translation also in Slovakia, Serbia and Ukraine, but Hungarian speakers can also be found in Croatia, Austria, and Slovenia, as well as about a million additional people scattered in other parts of the world. For example, there are more than one hundred thousand Hungarian speakers in the Hungarian American community in the United States.

The Hungarian name for the language is magyar [ˈmɒɟɒr], which is also occasionally used as an English word to refer to the Hungarian people from an ethnic point of view.

In addition to Hungarian Translation Services, we can also provide translation services from and to many other languages, such as English, Gujarati, French, Chinese Simplified, Chinese Traditional, Korean, Thai, Hindi, Italian, Russian and many others.

Welcome to read more about our Hungarian Translation Services or Get a free quote right now!